The History of Recycling Symbols

In the 1970's, amidst the budding environmental movement, the Container Corporation of America (CCA) held a contest for students to develop a label. The label was to be used on recyclable paper cardboard with goal to raise awareness about recycling.

Gary Anderson, A student from the University of Southern California, won $2,500 for his graphic design. Inspired by Duch artist M.C. Esher's möbius strip, Anderson's “chasing arrows” became the universal recycling symbol and the one we all know today.

The symbol initially had different versions. Some for packaging made with varying levels of recycled material, as well as containers that could get recycled. After it entered the public domain and was stamped onto more products though, its meaning started to get murky.

Then in 1988, the Society of Plastics Institute (SPI) used the symbol to develop a system of codes of their own. The goal this time was to facilitate the sorting of plastics. Known as the Resin Identification Codes (RIC) symbol, the three chasing arrows formed a triangle with a number in the center. The number represents a type of plastic.

Seven numbers were assigned for seven different types of plastics. However, not all municipal recycling programs accepted the same numbers as every community sets its own recycling rules. Even worse, a few of the numbers weren't actually recycled anywhere and still aren't today.

In fact, in a 2020 survey conducted by Greenpeace of the nation’s 367 material recovery facilities (MRFs), they found that only PET #1 and HDPE #2 plastic bottles and jugs could be recycled. All other plastics are being sent to landfill or incinerator. Additionally, an NPR and PBS investigation found that the plastics industry lobbied states to have the recycling symbol appear on all plastic, even if there was no way to economically recycle it. 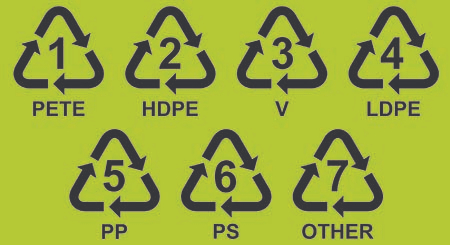 With growing awareness of plastic pollution, calls for bans, mandatory recycling, and deposit programs, the plastics industry lobbied state governments to adopt their RIC symbols. They helped to forge the generally accepted idea that the recycle symbol numbers ensured recyclability.

In reality, the symbols do nothing to suggest when, where, and how an item can be recycled. With the confusion around the meaning of recycling symbols for plastic, the SPI (now the Plastics Industry Association) has been able to survive plastic’s changing image.

From the words of SPI’s former president himself, “if the public thinks that recycling is working, then they are not going to be as concerned about the environment.”

While most of us do care about the environment, we’re all guilty of “wish cycling.” We see a recycling symbol and feel okay about tossing it in a recycling bin. The plastics industry realized the recycling symbol creates the illusion that it's all recyclable. By design, most consumers won’t know what each recycling symbol means, or if it can be recycled.

According to a 2019 study, Americans consider recycling to be more confusing than understanding the opposite sex or doing taxes. Worse, more than two-thirds of us incorrectly believe that any plastic item with a recycling symbol can be recycled. This is likely why one in every four items is incorrectly tossed in the recycling bin and people generally think things can be recycled even when many can't. 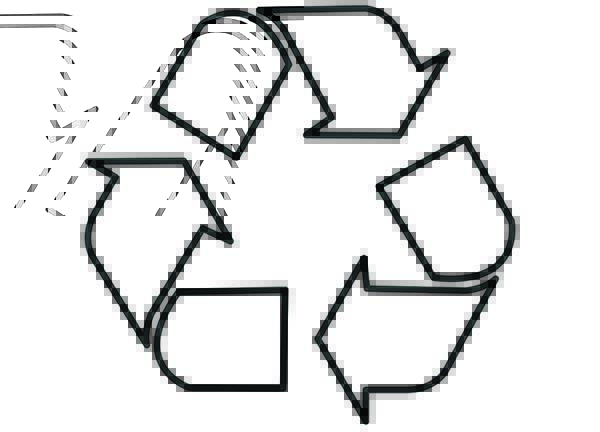 This is starting to change, however, with a better understanding of what different recycling symbols mean, especially when they mean nothing. In 2021, California became the first state to restrict the use of recycling symbols. Set to take effect on January 1, 2024, Senate Bill No. 343 bans the use of the chasing arrows recycling symbol unless the item meets statewide recyclability criteria.

However, the plastics industry has tremendous lobbying power. Until more states follow the lead of California, consumers and businesses must use their voice, voting power, and purchasing power to bring change.