What is Commercial Composting?

Collectively, individuals can make a massive impact on the health of our earth by composting regularly. However, with the sheer amount of waste that humanity produces, we increasingly require the help of commercial composting technology. This demand for industrial-scale composting has expanded considerably since becoming popular in the 1980s. Today, it is a growing destination for residential, commercial, and industrial organic waste streams.

We will answer these questions and more, but first, let’s look at the basics of commercial and industrial composting:

How Does Commercial/Industrial Composting Work?

Commercial or industrial composting uses the same biological processes as home composting food scraps and yard waste. However, it magnifies them on a much larger industrial scale. Using the latest technologies, companies can also turn a broader range of organic materials into fertile soil than backyard composting. Items like compostable food packaging often require temperatures that can usually only be reached by these methods.

Regardless of the scale, there are numerous environmental benefits of composting. Industrial methods help slow the growth of landfills, cut down on greenhouse gases, and reduce the need for chemical fertilizers.

Industrial composting companies often collect compostable materials directly from consumers with trucks, similar to curbside trash pick up. Some companies allow people to directly deliver large amounts of organic matter like leaves, grass clippings, and kitchen scraps. Either way, once the organic matter reaches a composting facility, there are various ways that it can undergo the composting process. 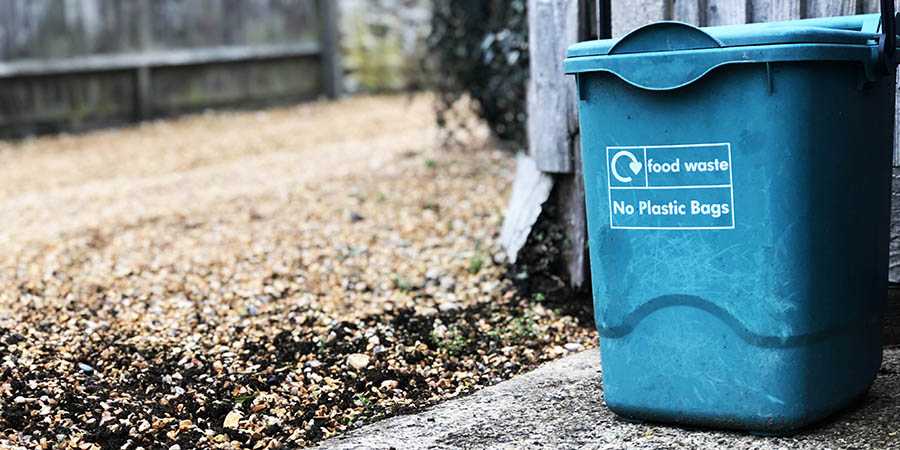 Though vermicomposting is more common for individuals and smaller organizations, the process can be scaled to meet commercial demands. Vermicomposting involves using compost bins filled with organic matter like food waste or yard trimmings. Worms are then added to the composition. Over time, these worms break down food and other materials into soil rich in plant-healthy microbes and nutrients.

Vermicomposting is a relatively fast option. From start to finish, the process can take as little as two months to produce high-quality soil. However,  it’s not always the most cost-efficient commercial composting method, nor is it easy to manage at scale.

Windrow composting is one of the most common processes for high-volume commercial operations. This composting method requires organic material to be collected and arranged into long rows known as “windrows.” Windrows are generally four to eight feet high and around 15 feet wide and various lengths. Though the size of compost piles can vary, these specifications help maintain the proper temperature for biodegradation while allowing air to reach the core.

They must also be regularly mixed by machine to ensure that all material gets access to heat, moisture, and oxygen. While this composting method does produce fertile soil in bulk, it usually takes around four months to complete the process.

Static pile composting is a relatively efficient method for commercial composting companies. In as little as three months, an organization can produce compost at a large scale without high overhead costs.

Static pile composting works by mixing piles of organic matter with debris like wood chips or paper. Larger debris creates air pockets, allowing oxygen to reach every part of the pile. Piles are then occasionally turned or mixed with machinery like tractors or excavators. 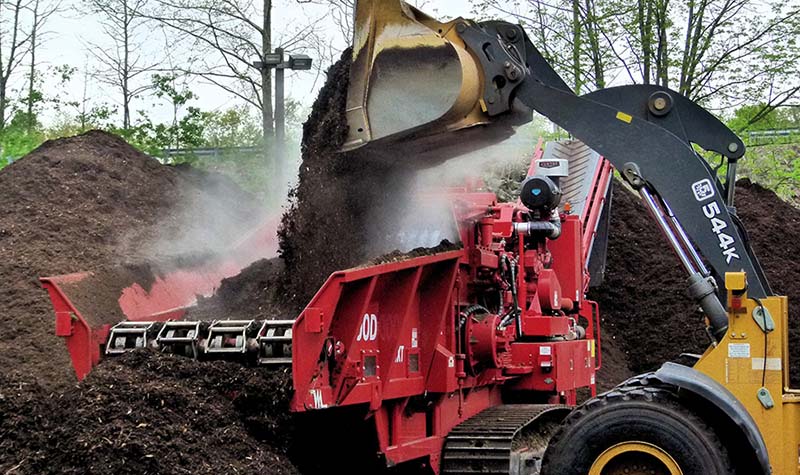 Composters can also opt to aerate these piles using air pipes to pump oxygen to different layers of the pile. This ensures that every part of the pile decomposes as it should by feeding micro-organisms the oxygen they need.

Unfortunately, the aerated static pile method does not work well with all types of organic matter. For example, animal byproducts and grease cannot decompose at the same rate as other materials. As a result, companies have to spend additional time sifting through their organic collections before sending them to the pile.

Organic materials are first shredded and mixed with this method, then deposited into a commercial composting machine. The device controls temperatures, hydration, and aeration. Additionally, the machine can rotate or churn the composition to ensure that every part decomposes at the same rate. 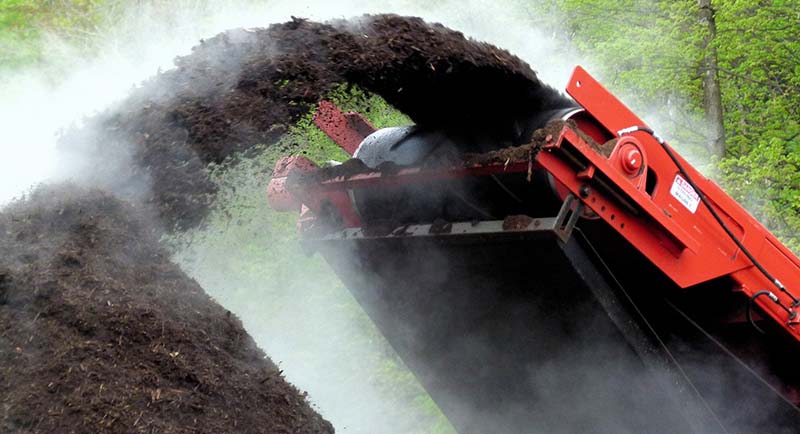 The hot compost is sanitized by high temperatures that kill off harmful bacteria and weed seeds with the temperature controlled and monitored. Once complete, the compost is left to mature in an enclosure to stabilize before screening if not already screened.

Naturally, the size of the machine will determine how much compost can be processed. That said, it can take less than a month to go from unused organic waste to fertile soil. While an industrial composting machine and IVC infrastructure requires a greater investment upfront, it can yield the best results for commercial composting companies.

Find an Industrial Composting Facility Near You

In many areas, local or state agencies can help individuals or businesses process compostables. If your local municipality does not offer a program for collecting compost, you can likely find a private company that can. For more help finding commercial composting facilities near you, be sure to check out the Find a Composter tool!

Find A Composter
Use Our Interactive Map